We gathered for Thanksgiving on a warm autumn afternoon out in the country. A steady breeze scattered leaves across the back patio and down the hill to the pasture where a small herd of cows grazed. My Beautiful Mystery Companion and I were lawfully wed, as the term goes, at the bottom of that hill nearly eight years ago. So it is a special place. 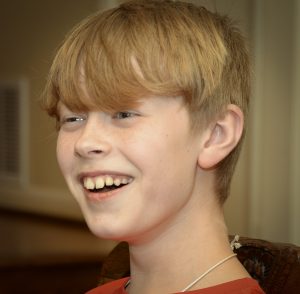 After indulging in a typical feast of over-abundance, some of us sat outside around the pool. Our nephew Connor, now 13, mentioned that he had bought his portable chess set — a compact affair with magnetic pieces. Connor over the past few years has become an adroit chess player and competes successfully in UIL tournaments. He is my only chess partner these days.

My first chess partner was my maternal grandfather, Joseph Bourque, who taught me the game when I was 7 or 8. Grampa Bourque was a quiet, talented man who in the early 1950s built the small house in which he and Grammy Bourque lived on a couple of acres outside Hopkinton, N.H. It was a grandchild’s paradise, with a pond across the road on which we skated in the winter. I fell through the ice at about the same age I learned to play chess. A couple of cousins quickly fished me out and hustled me to the house, where I shivered by the fire and secretly reveled in the attention. There were a lot of cousins competing for attention in this French-Canadian Catholic clan.

Like most New England homes, it had a finished basement that contained, besides the garage, a bar and pool table, and a small woodworking shop. In that shop, I first learned to love tools though I wasn’t allowed to do much but look. One year, he built a giant toboggan that could fit at least a dozen kids, which we hauled to a nearby hill for repeated runs. Grampa Bourque built a covered bridge across the backyard brook — what Yankees call “creeks.” On weekend nights, on occasion he pulled out his fiddle and played French ditties learned in his childhood. He was quite the Renaissance man.

I became a devoted chess player, participating in tournaments at schools, winning more often than I lost. My dad and I played on occasion in our house on South Twelfth Street, once we moved to Texas. His tactic was to take an inordinately long time to make a move. I would become sleepy, being just 13. After he finally made a move, I would quickly make my move in hopes of ending the game and going to bed. Too often, I would make a dumb decision and he would pounce. I miss those late-night games.

So on this Thanksgiving afternoon, a bit sleepy after two plates of food and a glass of wine, Connor pulled out his chess set and we began to play.

When Connor and I began playing chess a few years ago, I laid down a couple ground rules, the same as those my father and grandfather told me:

Connor is an intelligent, thoughtful fellow, and he accepted the ground rules with equanimity. Sure enough, I beat him every time we played, though he clearly was improving over the months.

As our game progressed on Thanksgiving afternoon, I gained a slight advantage and began planning my final attack on Connor’s king, who was ensconced in the corner after he castled. I had done the same, meaning the king and rook exchange positions. It’s a common defensive measure. Maybe four more moves, I thought, and I’ll have him in checkmate. I moved my bishop into position to pounce. It was Connor’s move.

“Checkmate!” he exclaimed. I looked down at the board. I had made a beginner’s mistake and paid for it, which was not paying attention to what my opponent was doing, too busy on plotting my attack. Connor had defeated me for the first time, and was grinning ear to ear. I effusively congratulated him and shook his hand. It likely was the highlight of Connor’s Thanksgiving, fodder to tell his chessmates at school: “I beat my Uncle Gary!”

I was proud of Connor, but that didn’t stop me from focusing on the rematch and winning pretty quickly. Still, that likely won’t be Connor’s last victory. I hope we are chess competitors for years to come.